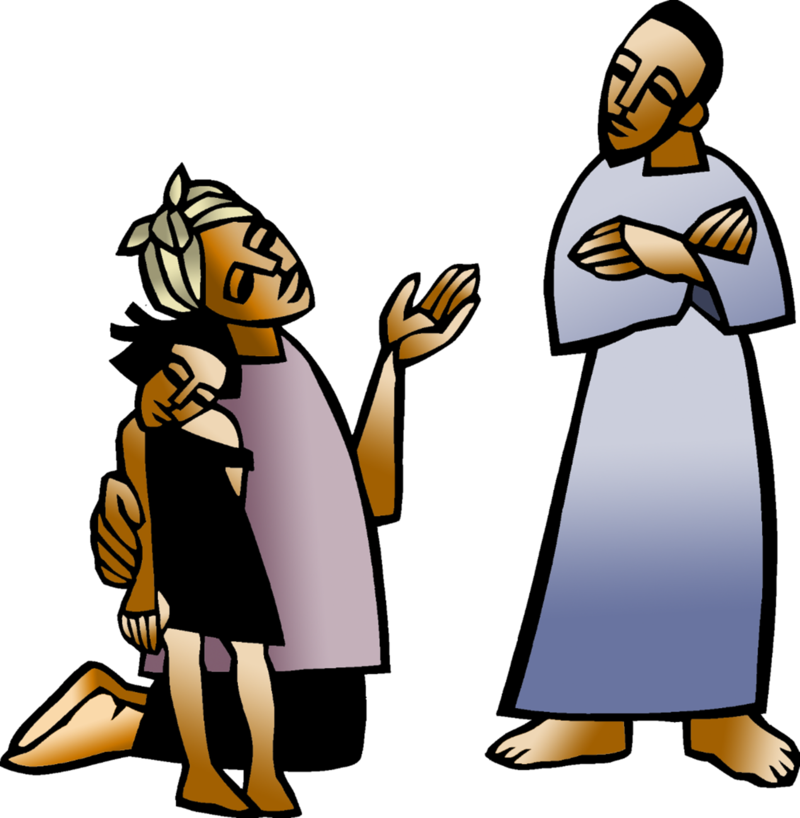 James tells us to stop showing favoritism in the assembly, treating the rich visitor with more honor than the poor one. Jesus himself seems to show partiality in his first response to the Syrophoenician woman in today’s gospel. Was he testing her faith in saying Gentiles don’t deserve the goods meant for God’s children? Or was he speaking out of his human worldview, but transcended those limits when she took him by surprise with her reply? Either way, the story tells us that God shows no partiality. Everyone who brings a need to Jesus is received with equal honor as a child and heir.