One God, Three Persons: How Can That Be? 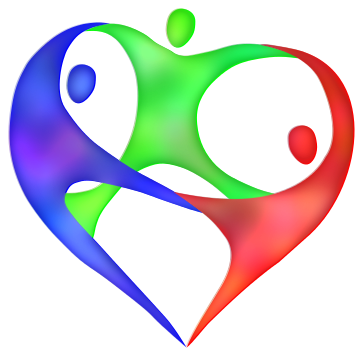 Over the last two weeks we’ve explored different descriptions of God from the Bible. We took a look at a variety of words that are used to describe God’s character, and we dove deeper into certain Biblical metaphors. Today I want to explore another concept of God, the Trinitarian Mystery.The first step Christians took to understand the mystery of the Trinity occurred during the Patristic Era.

I fell in love with this time period in church history, the 1st through the 8th centuries respectively, during my undergraduate career at Tennessee Wesleyan University. One of my professors was a scholar of the Patristic Era, a theologian that taught me about the early major church heresies – Gnosticism, Docetism, Arianism, Monophysitism, Nestorianism, and everything in between. These early church conflicts taught me that the things we struggle with understanding in the church today are nothing new.

In year 325 at the Council of Nicaea in modern day Turkey, between 200-300 bishops and theologians gathered to discuss many issues, one of which was how Jesus came into being. This gathering was years in the making, and the result of it was the creation of the Nicene Creed which helped form current Christian thought.

Different sects of Jesus’ followers had different answers to this question. Some, mainly followers of Arius, a Libyan priest from Alexandria, believed there was a strict hierarchy between the Father and Jesus, with Jesus being subordinate to the Father. They believed the Father existed with no beginning, but Jesus had a beginning. However, the majority of bishops and theologians at this gathering, including Athanasius, declared that Jesus was not made nor created. He had existed as long as the Creator had existed. The phrase they used to describe this was “begotten, not made, of one Being with the Father.” Everyone that did not confess this proclamation became a heretic, including Arius.

The theologians present during the Council of Nicaea declared this the great mystery – three distinct beings, yet only one God – and they called it the Trinity.

God the Father, God the Son, God the Holy Spirit

Over the years, as language and theology have evolved, church bodies have followed. Though creedal churches like the ELCA (those who confess their beliefs in the words of the Nicene, Apostle’s and Athanasian Creeds), continue to confess their belief using the familiar words of the ecumenical creeds and continue to use them as the ecumenical baptismal formula, some churches have begun using updated terminology to describe the three distinct beings of the one true God.

Father, Son, Holy Spirit has become in some traditions:

The Trinity has been described as a dance, a motion between its members. It’s been described as the perfect relationship. The motion – how the three persons of God interact – is what matters. The gender and the appearance of its dancers does not.

I invite you to sit with the images of the Son as Redeemer and Pain-bearer this week. How do those images of Jesus help to hold us up during this time? Let the images of God the Sustainer and Life-giver breathe life into us, people of St. Mark community and every other person reading this blog post. In the midst of this pandemic cling to the God who created you and knows you by name.

Drop your comments below or send me an email to go deeper. Blessings.

I believe in the Trinity...I believe we were made in God's image; perhaps...as a trinity of body, mind and spirit.

There's so much that is above my understanding. I guess that's where faith comes in. I can believe in the Trinity, yet not be able to fully understand.

Have y’all ever read The Divine Dance by Richard Rohr? I’d love to read it together sometime. It’s the book that helped me comprehend the Trinity and it explained the dance of the members so well.

Thanks for reading and commenting folks!

May 2
Fifth Sunday of Easter