The Character of God the Father 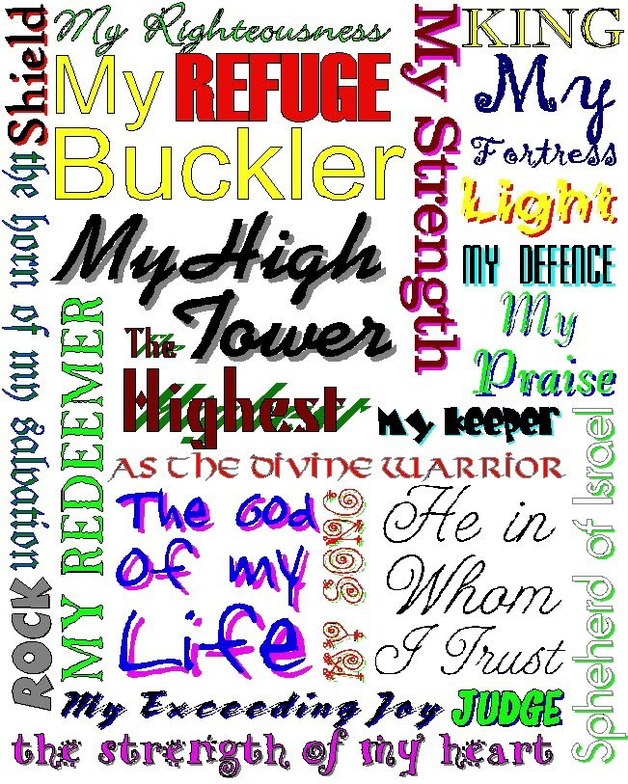 Last week I shared verses of scripture with our readers so that they could dive deeper into a few Biblically rooted images of God. I closed by sharing a resource from the ELCA churchwide office. This week I want to dive deeper into that document and discuss the section titled “Language Addressing God.”

The ELCA document states, “Titles that suggest the activity of God may be used to address God. Such titles include Advocate, Healer, Savior, and Refuge. Many biblical titles for God are also available; They include Adonai, Source of Life, Root of Jesse, and Alpha and Omega.” These titles provide a deeper look at the vastness of God. God advocates for us, heals us, saves us, and shelters us. God is Lord. God is Creator. God is a firm root, interconnected with the others, that holds and gives life. God is the first and the last.

There are so many more rich images of God in the Bible, though. Jesus refers to God as Father more than once in the New Testament, but possibly most famously in what has come to be known as the Lord’s Prayer. Jesus begins to pray “Our Father in Heaven...” Now, eventually we will take a closer look at the Lord’s Prayer as a whole, but for the purpose of our current language topic I want to focus on the image of God as Father.

The ELCA worship document teaches that “The image of father used by Jesus draws upon the deepest and most human of all relationships – that of parent to child. God traditionally has been called ‘father’ in worship to convey the intimate relationship between God and the church.”

Now, I’ve never been a father, but I have been a mother and a parent. I know all too intimately what it feels like to have a child grow inside me, to give birth to that child, and watch my entire heart live on the outside of my body. I’ve also heard the stories fathers tell about fiercely providing for and protecting their families. The love of a parent involves wanting to encourage, support, and protect the human that you helped create or the humans that you chose to parent (because folks become parents in multiple ways and they are all valid). And that feeling – that love – a parent has, it is just a glimpse into the love God has for us.

The love a parent offers, the protection they offer, the unconditional acceptance they offer – those are the same things God the Creator offers those who were created. God loves us like a parent loves a child in every single way – not just the ways a father can love a child but also in the ways a mother or a “chosen parent” loves a child.

The intent of the love of God as Abba/father is to reveal this loving caregiver relationship in ways that we might be able to understand and receive. The ELCA document states “The metaphorical use of the term ‘father’ continues to be used in worship, alongside many other biblical metaphors for God. However, because sin can distort even the fundamental relationships of parents to children, the image of a father may be difficult to comprehend for some who have experienced alienation in their relationship to a human father.” In other words, for folks who cannot feel or accept God’s love in the form of father only, we are blessed with many rich images of God that can help convey the loving relationship between God and humanity and God and the Church. This is why God is not just described with one word in the Bible; instead, many different words and images are used to describe God and God’s love for us. God continues to come to us over and over again, to help us believe and understand, using different images if need be.

In fact, one of my favorite images of God is actually God as mother. Follow me for a moment. I haven’t once brought out my Greek training while on internship, but this is one of the times that revisiting the original language is important. This isn’t just my favorite image of God because it comes from John’s gospel either, though if you know me you’d know John is my favorite gospel for many reasons. Haha!

The Rev. Dr. Karoline Lewis, Johannine scholar and professor at Luther Seminary, wrote in her commentary on John that in fact, until 1750 translations of John 1:18 conveyed the original intent of the author by using the word bosom. The year 1750 forever changed the way images of God were used in the church with the “advent of medial anatomy and pornography,” though. The images of Jesus nursing at the bosom or breast of God then appeared sexual, and the church chose a more “socially acceptable” term that caused us to lose some of the rich imagery of God as nursing mother (Lewis, 22).

Maybe I love this image as a nursing mother myself. Maybe it’s because I can identify with a tender, intimate relationship with my children in a way that is unique to being a nursing parent. Maybe I love this image because it explicitly states that no one has ever seen God and we only know God through Jesus. Martin Luther used to say that, too. He taught that God is largely mysterious/hidden, and the small part of God we get to see and know is revealed to us through Jesus. But he taught that God was also so much larger than the image of Jesus alone.

And that is why language matters. We will never have all the words for God, and sometimes we just have to let God continue to reveal Godself to us. The Bible is a living document that continues to breathe new life into creation. But it’s not the only way God speaks and reveals Godself.

In closing, I want to invite our readers to share their favorite images of God in the comment section below. Over the next few weeks I plan to talk about images of God revealed to us through the Mystery of the Trinity.

For further reading on the hidden/mysterious God, I offer this article from Luther Seminary.

Joani about 1 year ago

At first, I thought I didn't really have an image of God. When I think of God, the first thing that pops up in my brain is what I envision Jesus looks like, no doubt taken from a print on the wall of my dad's office when I was growing up. Then I started to think about when I have seen or felt God. And it seems to always be in nature. On top of a mountain, especially. Or in a vast valley that spreads out majestically. So I guess for me, I see God as the Creator that gives us beauty on earth.

May 2
Fifth Sunday of Easter